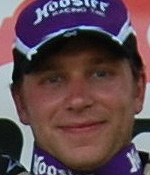 After nine years of go kart racing, starting when Niki was 11 years old, he began a successful tenure in SCCA Club Racing and pro series, starting with the 2003 Mazdaspeed Miata Cup championship in 2003, dominant runs in Formula Continental to win the Runoffs in 2005-06-08 … his third such feat was enough to justify the SCCA’s highest honor, the President’s Cup. In 2009 he introduced the Firman FB car into SCCA racing, winning the ARRC in November 2009.