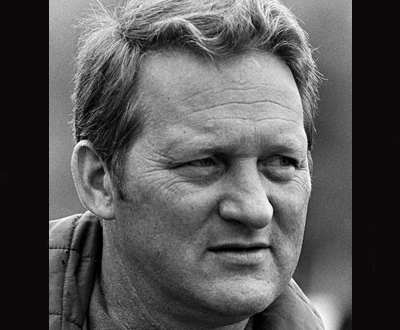 The most-respected leader in the history of road racing in America – headed both SCCA and IMSA. Saw his first race at Watkins Glen in 1950 while a student of Industrial Design at Syracuse University . Began to illustrate race cars and sold them through the R. Gordon book store in New York City. Worked as a designer for Martin Aircraft. Hired by SCCA in 1956 to run its Contest Board and conceived and implemented classifying race cars by their potential, not just by their displacement. Became Executive Director of SCCA in 1962 and focused on burgeoning professional racing interest. First created the U. S. Road Racing Championship series, followed by Can-Am, Trans-Am and Formula 5000 series. Meanwhile, revamped SCCA’s Club Racing program to determine a National Champion in every class, an effort which resulted in the existence of the Runoffs. Created the International Motor Sports Association, drew up rules for a GT category and signed R. J. Reynolds as the sponsor for the new Camel GT. Sold IMSA in 1989, retiring to an aviation ranch community where he has built an aerobatic biplane which he flies regularly, plus flying two other planes. Remains active in road racing as a director of ACCUS FIA, a commissioner of NASCAR, and a commissioner of the Grand-American Road Racing Association. Also a founder and chairman of the International Motor Racing Research Center at Watkins Glen.