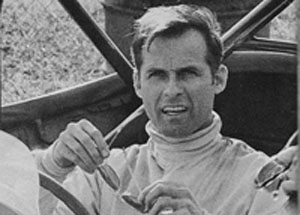 Hometown:
Emmaus, PA
Status:
Memoriam
George Frey raced a Porsche Speedster from 1958 to 1974, resulting in podium finishes more often than not. This was during the golden years when driving the car to the races and maintaining your own car was being replaced by factory sponsorship. He road raced primarily in the Northeast division, where the Porsche-Meisters – Bruce Jennings, Ron Grable, Bert Everett and Frey – honed their skills, finishing as divisional champ a number of times. He ice raced and campaigned in the Pennsylvania Hillclimb Association taking fastest time of day many times. Championships at the runoffs though eluded him. While leading at the runoffs, George was thwarted by a minor mechanical problem in at least one championship effort and a late spin by a back marker cost another opportunity for the championship. He did finish in the top seven 7 times.  He held class lap records  at Watkins Glen, Lime Rock, VIR, and other tracks during his career. At Lime Rock, Frey broke his own lap record three times. George passed away in 1998. One heck of a weekend warrior! 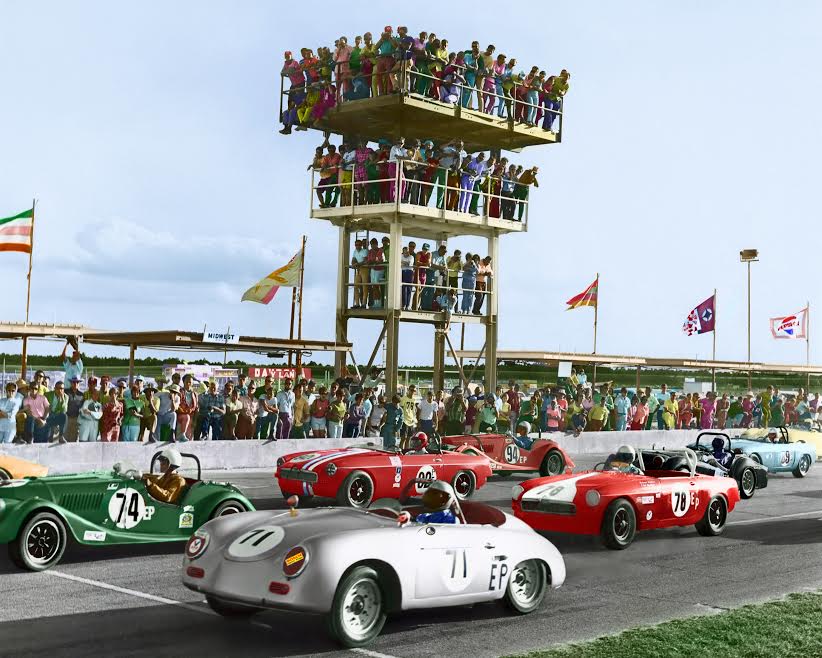 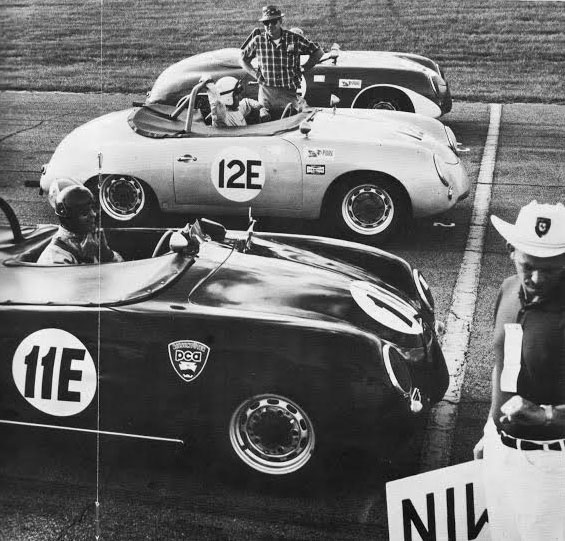 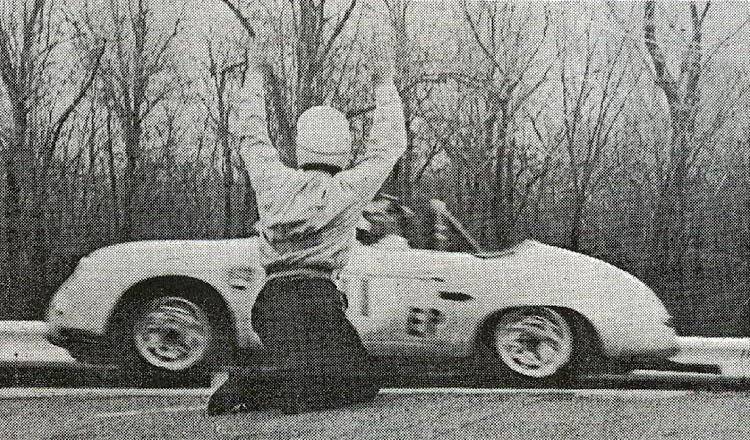 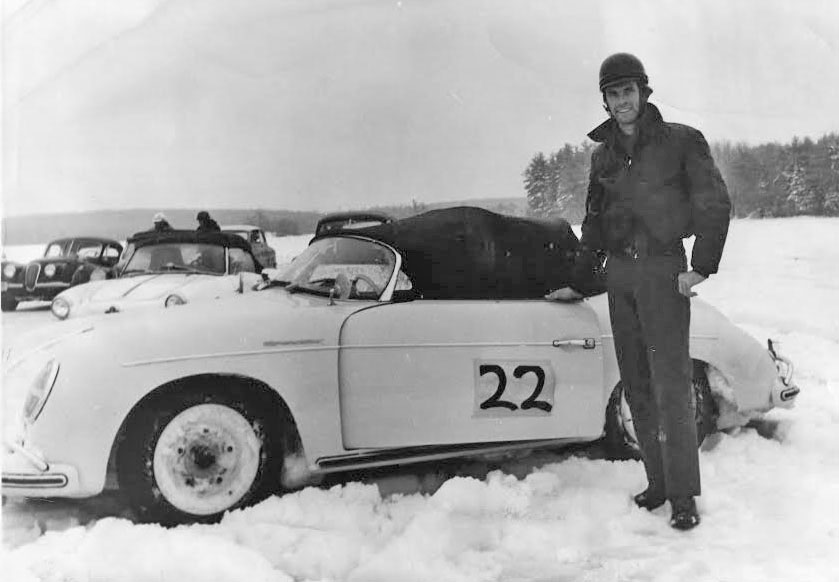 George Frey’s first Speedster, a 1600 Normal in Glacier white blends in with the scenery at the 1957 Lake Naomi ice races in the Poconos. [Frey family collection image] 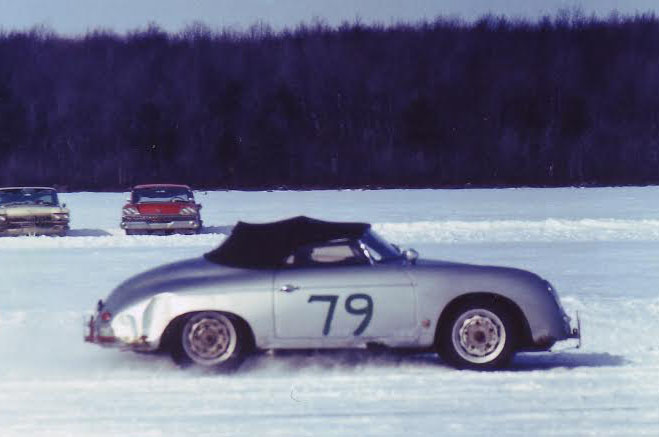 Again at Lake Naomi in 1961, Frey raced this 1958 1600 Super for more than a decade before totaling it while tuning up for the 1972 Runoffs at Atlanta. [Frey family collection image]