hosting the cocktail reception on Thursday, April 11, at the Road Racing Drivers Club’s 11th annual West Coast banquet at the Long Beach Hilton. Honda returns for the ninth consecutive year to support the legends dinner, which will be held prior to the 45th Annual Acura Grand Prix of Long Beach. Hobbs, by the way, owns a Honda dealership in Glendale, WI.

Served at the cocktail reception and dinner will be award-winning Napa Valley wines – a 2017 Chardonnay from Trefethen Family Vineyards in conjunction with TranSystems and a 2014 Reserve Cabernet Sauvignon from Jimmy Vasser’s V12 Vineyards. 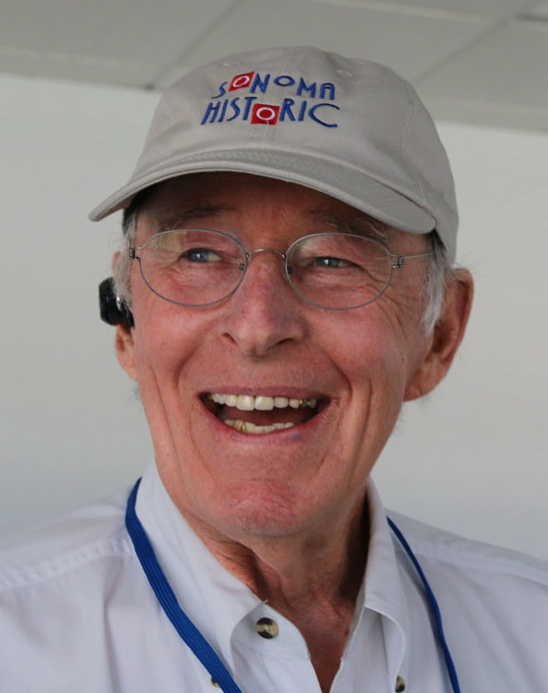 The “new” guys are Steve Earle, regarded as the founding father of American vintage auto racing, who will function as Senior Consultant the Race Committee; Tim Pendergast, currently the director of operations at Bill Warner’s Amelia Island Concours and race director for the past three Porsche Rennsport Reunions; and Dan Radowicz, who for 20 years until 2009 was the race director for Classic Sports Racing Group, as well as being a key part of Steve Earle’s General Racing which organized the Sonoma event’s predecessor (the Wine Country Classic) and also helped launch the Historic Grand Prix group for Formula 1 cars under Phil Reilly and James King.

Together, this team will scrutinize every competing entry to ensure the vehicles are as accurate to their original time period as possible and that race groups will be sorted for both vehicle competitiveness and class. They will also enforce rigid safety standards on both competitors and the event venue. [vintagemotorsport.com]

Kevin Buckler, owner of both The Racers Group and Adobe Road Winery, appeared on FOX Business News’ Mornings with Maria April 3 to promote the vineyard’s new brand, The Racing Series – a collection of four ultra-premium, California red blends. The show’s host Maria Bartiromo and Buckler discussed Adobe Road’s latest offering, the upcoming groundbreaking at their new facility on the historic, downtown Petaluma (Calif.) Riverfront, plus anecdotes from the world of racing. Check out the not-exactly-free podcast here.

The International Motor Racing Research Center in Watkins Glen, NY, is actively seeking an experienced executive director who will have overall operational, administrative, and financial responsibility for the IMRRC. This includes strategic and financial planning, leadership of the Center’s staff, and the management of annual fund raising and membership campaigns.

In addition, the Center is searching for a Director of Administration & Communication who will be primarily responsible for developing and implementing communications and marketing strategies; publicity and public relations activities; and engagement with motorsports, research and local communities.

CELEBRATING THE 60TH ANNIVERSARY OF CYCLOPS’ 1-2-3

Jacksonville, FL – Can it be that six decades have passed since Road & Track, Vol.11 No. 12, reported that the immortal Italian marque Cyclops scored its first international triumph, winning the 1960 24 Hours of Le Mans one-two-three with a breathtaking display of team indiscipline, creative rules interpretation, overwhelming Italian feminine pulchritude, massive carb loading, a thorough disregard for sports/racing car design orthodoxy, and Newtonian physics? Yes. Yes it can.

Le Mans 1960 was the beginning of the fabled Cyclops racing dynasty. A trio of Cyclops II Super Sports Coupes sporting bodies of magnesium CinZano signs – a racing derivative of the Cyclops II GT – powered by the then new experimental CPM-2-0SROa6 500cc engine – swept the 28th running of the French endurance classic. 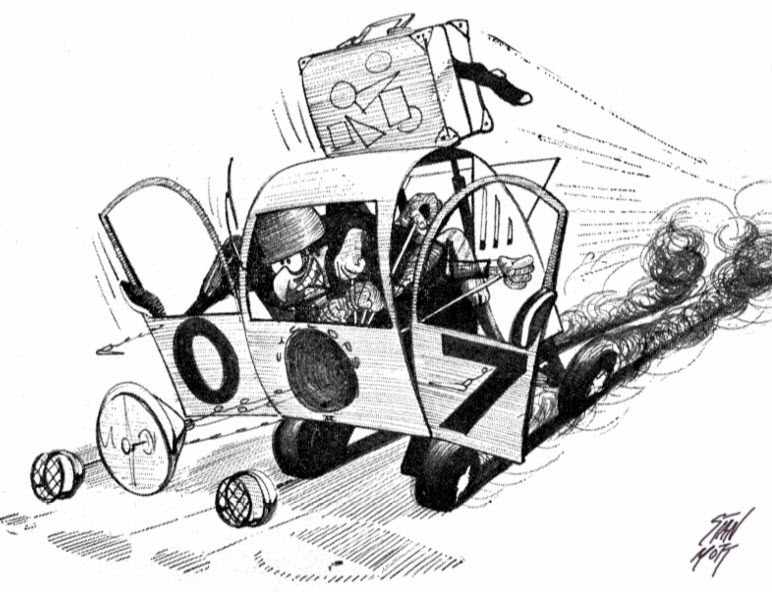 Piero Martini dramatically employs all of Cyclops’ unbelievable stopping ability by using not only the airbrake FIA suitcase, but both doors. [Image courtesy of Stan Mott]

Following the stunning Le Mans triumph, Road & Track reported the storied Italian marque went on to win the 1964 East African Safari, the 1965 Targa Florio, the 1968 Indy 500, the 1969 Nurburgring, the 1971 Japanese Grand Prix and the 1972 the Great Wall of China Grand Prix!

Alas, the bevy of competition successes by Piero Martini’s Roman-Rockets was not able to stave off the ultimate horrors of EPA and ATF regulations. And Italy’s magnifico marque slipped into semi-obscurity . . . until now.

The three Le Mans winners, driven to victory by the American importers (Crunchcog and Meshingear) and Capo Piero Martini himself, have been lovingly and faithfully restored to Le Mans 1960 specifications and assumed a place of prominence during the Silver Anniversary Amelia Island Concours d’Elegance weekend.

“All three were featured in a special display Saturday during The Amelia’s Cars & Coffee at the Concours, and then again on Sunday at MotorXpo,” said an unidentified AICd’E volunteer. 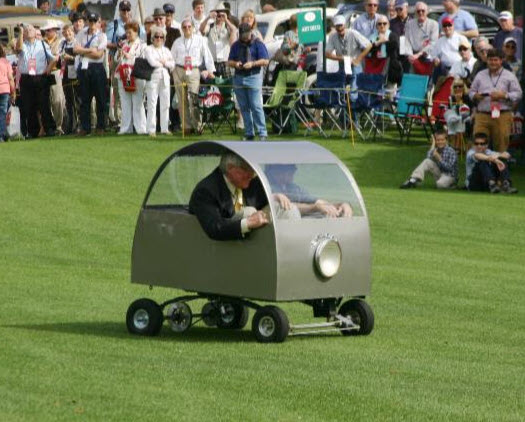 Proof of Concept: Cyclops at The Amelia Island Concours d’Elegance in 2012. [greencarreports.com image]